Well, its probably not cast in lead any more (health and safety and all that) but I'm an old school kind of guy who's still alive despite the crap I have worked with over the years.

Arriving this week fresh from Reading some new releases to the range.
First up, for the Austrians, some M47's. These tanks served in many theatres in World War 2 in the German army (if Hollywood is to be believed...) and in the 1950's were a main tank for NATO, serving with a few armies. The lasted into the 1980's with Austria and Spain.
So onto the photographs. The HMG is a separate part which is crisply cast and fits easily into its mounting hole. 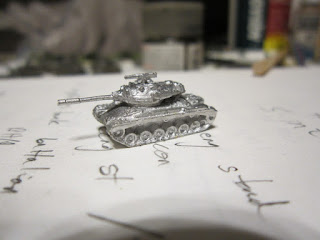 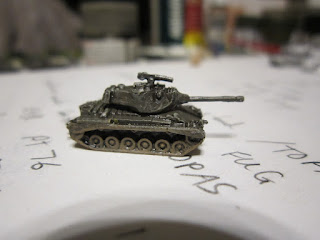 I am being awfully cruel blowing it up this large. For me it has captured the M47 quite nicely

Better news is that the Old centurion model has been replaced with a new sculpt as well, and again a great leap in detail.this is  mk5/2 I think, as the Centurion marks were all rather confusing (and the British defence industry seemed to making things up on the fly on the production lines) 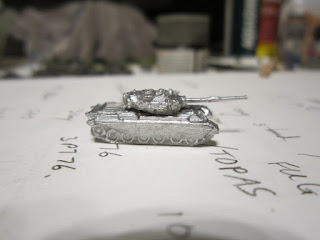 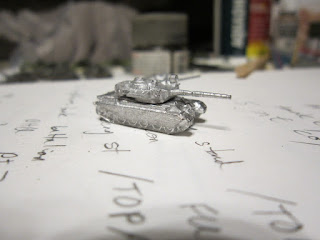 And with some paint on, it looks much better. 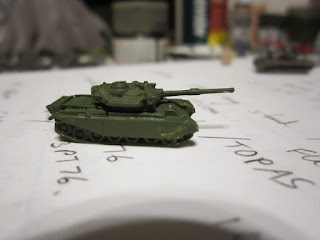 I've been considering how to do a 1980's army with Centurions. Its a toss up between the Dutch (AMX 13's in the AT coys and the YP408) and the Danes (with a similar paint job to the British army).
The Danes would also be an opponent for a Polish amphibious 'defence' division.
last, but possibly the most useful, a wheeled 120mm mortar hot off the press (I'm not even sure what the code is). Many modern armies used towed 120mm mortars and they really all look the same. 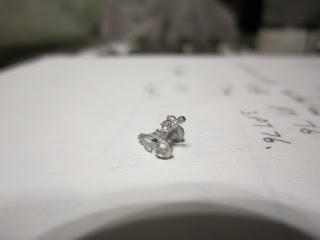 Again a nice wee model with crew, and something I shall buy more of to replace my current Warpac 120mm mortars.
Posted by RAB at 10:40 PM