On the finished pile this week, I've finally got the DBA Ottoman Turk army done. I had to finish some more Akinji LH and an artillery stand. 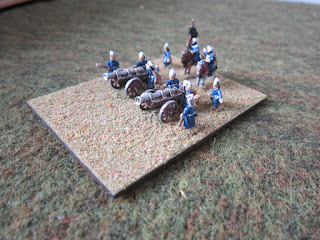 Ottoman artillery always seems to be represented on table with huge fixed bombards as used at the siege of Constantinople. This has never made sense to me, not least shifting a fixed emplacement round the battlefield. In my last Pendraken order I asked for some western medieval atillery pieces to replace the 16th centr atilley pieces. I am assuming that the Ottoman army would put any guns captured back to use against their former owners. Unlike modern weapons with fixed ammunition, all you need is a metal ball of the right diameter and gunpowder and Bobs your aunties live-in lover. The base needs a bit more greenery and I'm also going to put some pavises out the front. when the next order turns up.

So heres the finished army. Its missing the Serb Kn, but I can live with them missing at the moment. 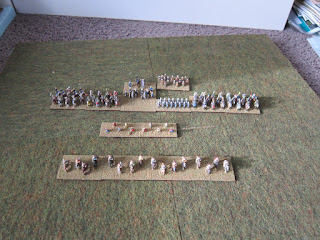 I've also been working on the Trapezuntine Byzantines. So far I've finished the LH and the spear stands.

The LH are from the TB range which has the mounted figures cast in 2 pieces with the dividing line being at the riders waist. 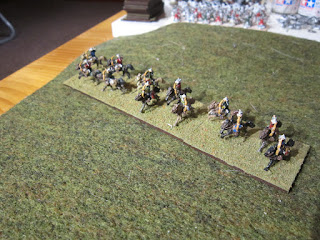 This gives flexibiity on the basing. 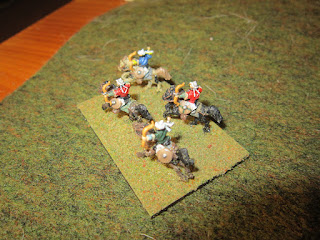 And a base of spearmen that actually looks like a body of men and not a boy band. I managed to squeeze 18 figures on the base without really trying. 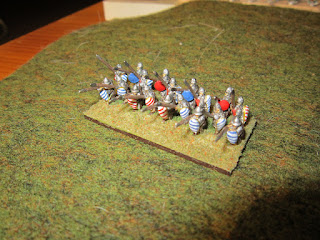 At the moment I'm working through the Kn, Ax and Ps stands and these should be done next week.