Time for an update on the current progression of Russians across the painting bench. A bit slow over the last 2 weeks as I've been on jury service which does take its toll with the long periods of focus on the less than palatable subject matter at hand ("grim" and "sad" would be my descriptors)

So this week I have done 2 horse artillery battalions, 2 Cuirassier brigades and a pile of command stands. 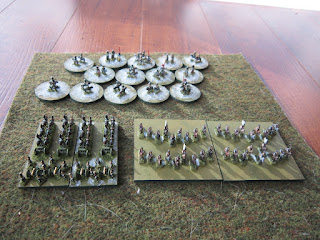 I textured the command stands with a coarse texture gel as they didn't look quite right. Again the Divisional commanders have 2 figures, the corps commnders 3 figures and the army commander 4 figures. The Cossack escorts stand out well. 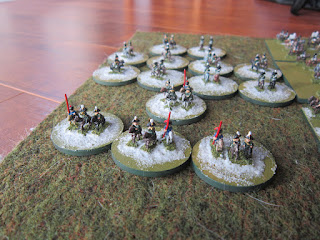 Looking at the texture gel gave me some ideas for (yet) anoter project. I've thought about doing some armies for the late war eastern front in winter (1944/45 in Prussia) and this seems to tick few boxes as its not overpoweringly white and is matt with some sparkle in it (like the real thing). Its a bit coarse so I'll have to see if theres a finer option that works visually as well.

And from the "odd crap I've picked up from work" files: One of our instruments at work uses deuterium lamps to generate UV light in a detector. They tend to have a fixed lifetime and then get swapped out. Recently the curent one failed its annual qualification and I then discovered that the previous one had been kept as well (kiwi scientists never chuck anything out. I think its some thing to do with living at the end of the worlds supply chain and that "it might be useful". At least thats what we tell ourselves). Anyway, heres a couple of pictures . 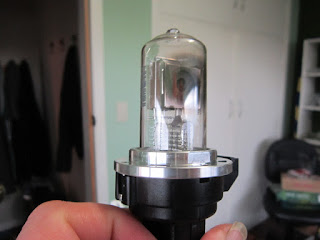 I think they will make a nice centerpiece for a mad scientists lab.

With the end in sight for the 1813 project (well, in a hazy way with some swedes and spanish to add) I might sit down over the next week or so and have a think about a list of projects for 2022. This is going to involve investigating the project piles from 2020.