Yesterday I participated in the rarest of events in these strange days, I went to a wargaming convention.

Call to Arms is the annual wargaming convention run by the Welington Warlords and due to its timing later in the year had not been blanketly cancelled. I had said yes to coming down several months ago. However I had forgotten what this entailed. Not in terms of game oganisation, but more from actual organisation. Out of bed at 5:45 for a 6:15 off. Sun rise south of Shannon and despite the procession of roadworks I was at the hall in Wellington by 8:20, beating my friends by 15 minutes. 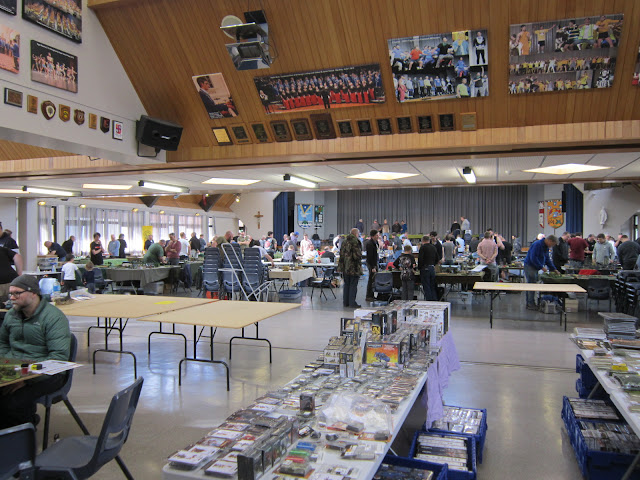 The game was WW2 Spearhead and featured an attack by the 6th Panzer division on a prepared Russian defence in July 1943. I can't tell you much else as I don't seem to have picked up the scenario notes. 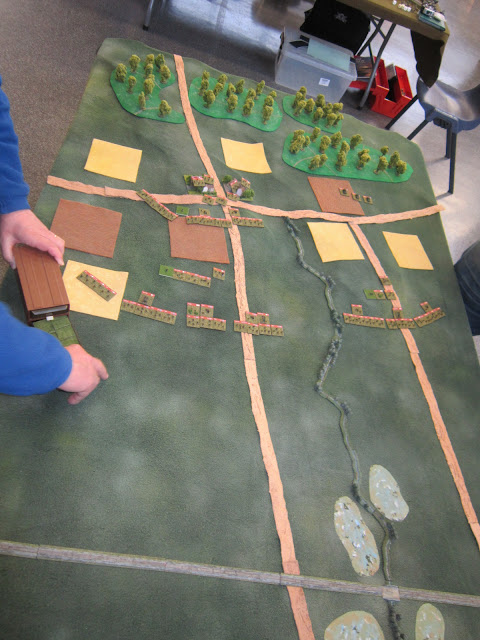 The 3 battalions were in level 2 entrenchments with minefields in front. The black lengths represent anti-tank ditches. 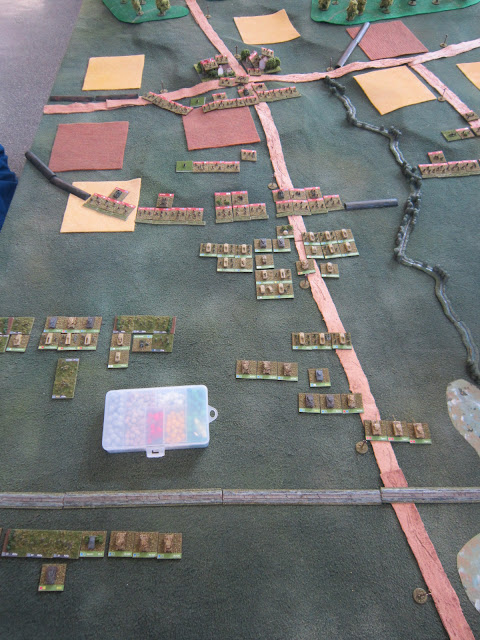 I comanded the units on the right and Paul the units on the left. I had a halftrak panzer grenadiers and a tank battalion with a Tiger company in support. Peter had set up a simple but effective defensive belt. My motorcycle recon unit found the first minefield and I pushed the combat engineers forward to start clearing them. Meanwhile I tried to cover them with artillery and other fire. This failed on several counts. 1) its very hard to kill stands that are in level 2 entrenchments and 2) Throwing 1's and 2's does not call artillery in even if you are German. To cap it all off Peter had been making regular sacrifices to the dice gods over lockdown and my troops died under a hail of 6's. Who knew that 76mm artillery was so damn effective.

At this time Russian air support turned up. Now there are things that just go together, Rogers and Astair, peaches and cream and Sturmoviks and Tigers. Or maybe its like pheremones and one just attracts the other. Either way, the attack went in. Fortunately Pauls AA stepped up and drove them off.

While I slowly made inroads into the Russian numbers it wasn't enough and the Panzer Grenadiers broke just after the artillery finally turned up, running off leaving a pile of dead infantry and all the combat engineers. 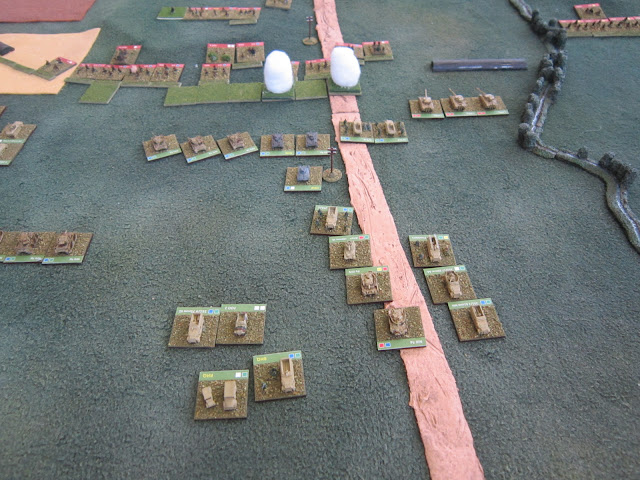 And with the AA protection gone (stripped off by Peters artillery) it was round 2 and this tme the Sturmoviks had their 3 pounds of flesh.

Paul was a bit more circumspect in his attack and took his time reducing the Russin infantry before dealing with the minefields. Finally the defenders on his flank were removed and his combat engineers moved forward to find....nothing.

With the gap now wide open Pauls troops swept in and started flanking the defenders. I also made ready to move forward on discovering that I too had no mines in front of me on the flank. My combat engineers had been spread out, but not far enough to find the gap. Peters only had 1/2 the number of minefields to cover the front and his poker playing skills were to the fore.

The Germans (well, what was left with them) swept through the gaps and tried to flank the second line of defence. However the Russian reserves turned up with elemenst from a tank corps (with 2 too many KV-1s). 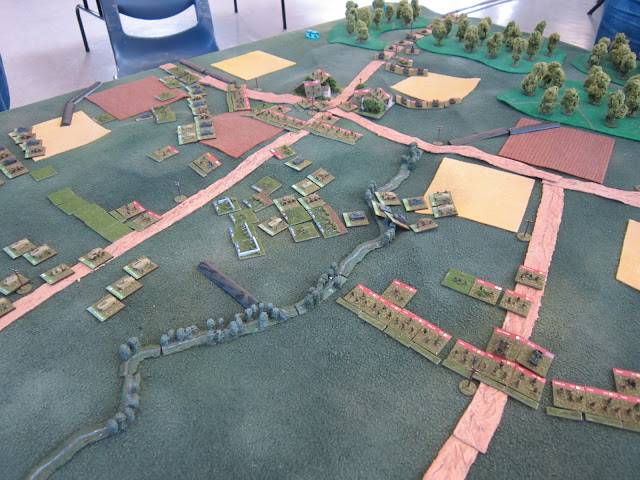 A tank battle erupted at this point and with the Germans having no real space to maneuver it was a straight up slugfest. This was not going well for the Germans, and then the SU-152,s turned up (in front of Paul). 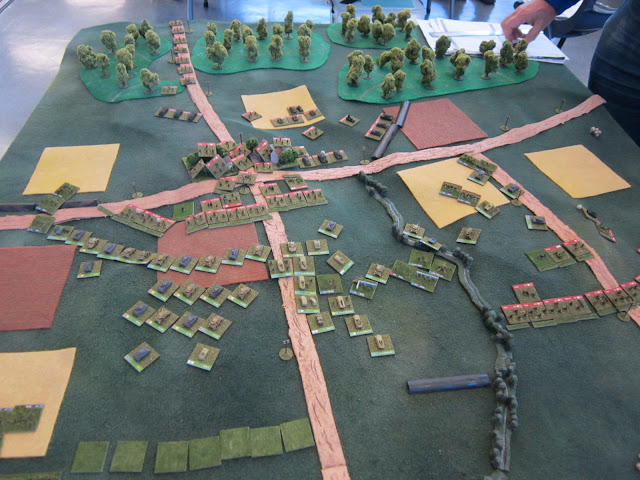 I lost a few more Pz IV's to Peters hot dice run and then we caalled the game as we ran out of time. It was nicely poised but I think that the russians probably had the upper hand with my 3 battalions all having taken a beating and Paul having had 1 battalion broken as well. We had aso not started on reducing the second line of defences.

An excellent well balanced game. I will ask Peter where the scenario came from.

On other demo game caught my eye, a refight of Trafalgar using langton 1:1200 ships.

So a very good day. It was nice to have a good game with a few laughs and also to catch up with a few people I had known in Wellington 15 years ago. I'm also well aware that we are very lucky that we get to meet up like this.