Something a little bit different

I was wondering where to start this project, and thought that an army without a list might be interesting.
(Just as a disclaimer, I've created this from the sources I have available to me. There will be errors, but if anyone cam point them out, could they provide sources to back them up please?)

The Austrian army is rather small given its position bordered by 2 Warsaw Pact states. While Czechoslovakia and Hungary are not great threats, they are still a challenge for a NATO 2 nation.
The country managed to avoid communism after world war 2, but the price paid was no long range artillery, and no missiles of any kind (even Sidewinderers for the fighters until the 1990's).

The regular forces consisted of a division of 3 equal brigades (I've found some evidence that 1 brigade was short an AT battalion, but I can't substantiate this with the sources available to me).

The reserves were organised into 8 brigades (with more independent battalions). I'd possibly use the 3rd world rating for command and control, but still rate them as regular.
as well as these troops, there also appears to have been independent mechanised infantry and AT battalions as listed above. I have no evidence for these beyond that's what the numbers of AFV's suggest that there were present in the army at that time.)

There were also some fixed border defences which consisted of Centurion turrets, similar to Panther turrets used as part of the Gothic line in Italy in 1944.

No stats card sorry. for the SK 105 I'd use the stats for the AMX13/105. The Saurer APC is the same as any other APC of that era, so probably use the stats for the French AMX-VCI (LAW for AT etc). Use the stats ( and points values) from the AMX-10P for the 20mm armed version. the rest of the bits and pieces should be found on the US data card (or near equivalents)

For creating an army list from this, I'd base the attack list on the mechanised division, and a defend list on the reserve brigades (with 3-4 Centurion turrets thrown in as prepared defenses).

It should provide an entertaining game with its neighboring Warpac nations.
Posted by RAB at 11:31 PM No comments:


One of the major battlegrounds that World War 3 was going to be fought over (on the ground at least) was West Germany. Thus at times it must have resembled a large armed camp, with East Germany not much better.

For the war gamer there is a wide variety of armies to choose from. In Northag, there are the Dutch, Belgians and British, as we ll as the Germans. It was also the destination for the US IIIrd corps with its hardware prepositioned and the men to be flown in from the US. These troops would be facing Russian and east German troops. Further north there is a collection of troops 'defending' Denmark which includes a West German division and the Danish army.

Further south we get into Centag. This at first appears to be only the US and West Germany facing off against the Russians, East Germans and Czechs, buts we also get the French as an added bonus. And that's before we get the West German mountain and airborne troops.

But that's not the whole story. Go a bit further south-east and we come to Austria. Not a member of NATO, but with borders facing the Warsaw pact. So we can add into the Mix Czechoslovakia and Hungary, south of here we have Italy and Yugoslavia. As an added bonus all 5 nations have indigenous arms industries so there are some different AFV's to field.

The last, and possibly most interesting spot is the area shown in the map below. 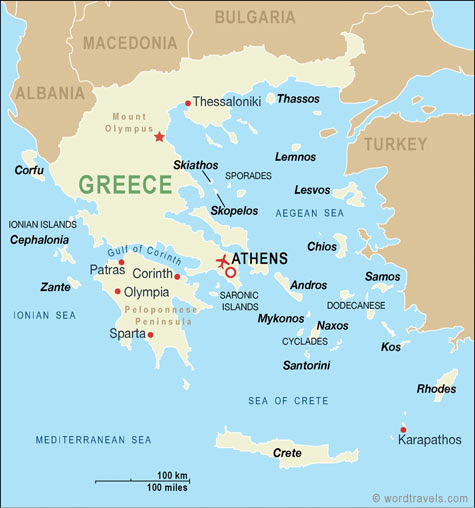 The border between Greece, Turkey and Bulgaria. maybe not that interesting at first glance, but Greece and Turkey have never really got along. Add in Yugoslavia, Albania and Bulgaria and there are some interesting options here.
To cap it all off, no army in this region has first rate equipment, with some dating back to WW2.

Next will be to have a look at some of the armies in more detail.
Posted by RAB at 10:16 PM No comments: