I've been making some more terrain squares, refining and speeding up the process as I go. I've made another 4 boards with the sides done for a further 4. I've been held up a bit by the lack of polystyrene sheet ( A pox on Bunnings). I'm now pondering what to do with them. The current 8 board "set" is representative of southern and central West Germany. This covers the US, Germans and the French (as well as the Austrians), and to some extent the British as well. However when you get to north Germany things get a bit flatter in Lower Saxony and Schleswig-Holstein (and Denmark)

I'm not sure how it will work on the table top as its a bit more open. Some modern gamers (well, most it seems) like an open board, but I'm not that keen. Smaller towns would be treated like woods, and would only be able to fit 1 stand. Tree lines along roads would only provide cover if the stands are in contact and stationary, and could be seen  over by any one higher. 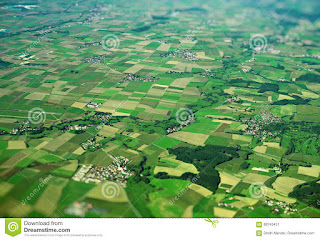 Possibly something with some tree lines for cover. The scale is a bit smaller here. 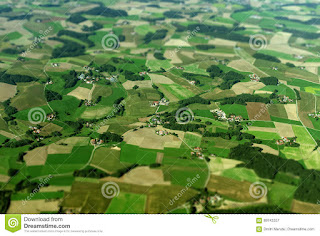 I will also have to decide if I want a separate set of terrain boards for northern and southern Germany which will have a different edge style An alternative is to continue the edge style but create 8 boards with more open terrain. I'm sort of leaning towards this at the moment as everything is interchangeable giving a very large number of different 6 by 4 tables. Other options I'm looking at are 3 Autobahn boards (though I'm not quite sure why as the large motorways are not overly common, even in their homeland) and some boards with larger river features (which could really kill manoeuvre)

Long term I would like to do some terrain more suited to late WW2 ie Northern France and the Netherlands (though this is probably covered by the lowland/farmland boards), and also Poland, the Baltic states and Prussia, though a snow theme might be more suitable for the Eastern front. The real problem for me is to come up with any photos of prussia and poland in the time period.
Posted by RAB at 11:24 PM